So if you are new! please post here and tell us more about yourself!

I mean these on a daily basis HAHA!
You dont have to follow my format just trying to make things easier for others to read XD 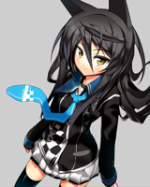 Introduction:
Greetings. I'm saibin, a name derived from a dialect (hokkien) in my country, Singapore.
The direct English translation of it is Sh!tface.

Why the hell would I use such a degrading IGN? - Some things are better left unsaid

I have several characters of different classes (duh?). I don't main any of them due to my interest in PvP only, to hell with PvE. Characters #1-3 are "3 Triangle" ranked

Interest:
Gaming
Playing the guitar (Fingerstyle!!)
Sports
Eating (This is my favourite

Similar topics
» Bulgarian Boy Introduce Himself !
» Introduce Yourself!
» Introduce yourself and tell us what games you like :-)